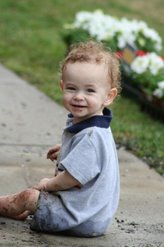 Out of the blue

Sometimes it just hits you like an earthquake---one minute you are going about your daily routine and then---out of nowhere---bam---you get rocked. In this case we got rocked by a couple of the nicest, just---genuinely nice, good---people. You know the kind of people that just seem to put you at ease when you are around them people? The kind of people that when they leave you are like---"I want to be like them" type of people?

OK, so I don't know if earthquake was the right example but I'm pretty terrible with analogies...I wish I were better with those. Aren't you just drawn to people that can effectively do that...at any rate....I hope you all get to meet and know people like De and Denise---or as I affectionately refer to them as "the Quiet Storm"...

These two----out of the blue---basically walked up and said---"would you mind if we organized a golf tournament to help with Holt and Cystinosis research"?

To frame this a little better, De and Denise are best friends. De was Jack's soccer coach a year and a half ago and Denise has her own business and helps us around the house. We didn't really know either of them very well beyond a casual level but I suspect that from seeing Holt's room on a somewhat regular basis, Denise must have felt a calling and decided she was going to do something.

De coached Jack and had seen Holt at the soccer field when he was a very little baby but could not have known about his condition---De is one of those types that when you see her around kids you just say to yourself---" I hope this womans work has something to do with children" as it turns out----she's a first grade teacher.

So to be honest, Chrissy and I were a little nervous. They approached us about doing a golf tournament for Cystinosis research and I must say I was scared to death. Golf tournaments are incredibly complex and expensive to put on and the last thing in the world I want is for these two to be put in an awkward position. I told Denise, "sure, are you certain you want to do a golf tournament? I said, we just did the Hearts for Holt event and I'm not certain we would be able to get a lot of the same people for another event so soon"....her reply was perfect---"um, well we have a whole seperate list of people that we think we would be able to get"....touche! The tournament is slated for late July but based on the updates they have been giving it looks to be a smashing success.

Along those lines---they contacted us a couple of months ago and also said--oh, we also want to do a change drive at the school. De came over and shot a video of Holt and played it on the morning announcements for a few days and asked the kids at her school to bring in their spare change which would then be donated to the Cystinosis Research Foundation. A couple of days later she upped the stakes and challenged my daughters school to see who could raise the most money.

All told this event raised over $5000.00!!!! Holt and I went to the school to say thanks and present the school a plaque. What an awesome twosome...thanks so much De and Denise.
Posted by jasongrier at 4:35 AM

Can you provide info on the golf tourney for those that are interested?

Sure, and thanks for asking! The best way to get information is on the www.hopeforholt.com website.

In the upcoming events link you can download the form to learn more.

I will insert that sentence into the blog as well.

Hi Jason & Chrissy. I wanted you to know that I was at the school when Mary Logan made the announcement over the PA about the change drive. She spoke so eloquintly I had trouble remembering that she was only in 2nd grade! SHe'sa remarkable little girl. Alex said the kids in his class immediately began taking their change and leftover lunch money outof their pockets and running it up to the teacher. So which school won? Luv u! Tracey 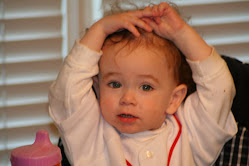 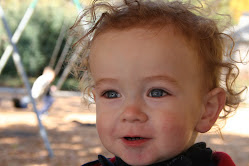 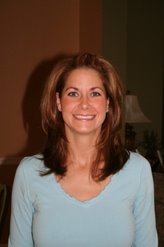 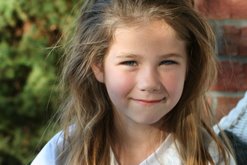 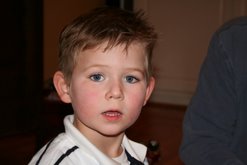